Emirates agrees to work with Heathrow over capacity caps 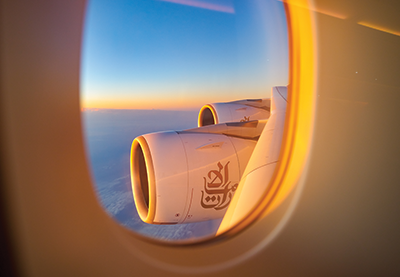 Emirates has agreed to cap further sales on its Heathrow flights until mid-August after initially hitting out at the airport over its plans to cut passenger capacity.

The Dubai-based airline had issued a forthright statement against Heathrow’s plans to cap passengers at 100,000 a day in order to deal with long queues, delays and cancellations.

But earlier this week, following a “constructive meeting” between the President of Emirates Airline and Heathrow CEO John Holland-Kaye, the pair released a joint statement.

“Emirates agreed the airline was ready and willing to work with the airport to remediate the situation over the next two weeks, to keep demand and capacity in balance and provide passengers with a smooth and reliable journey through Heathrow this summer,” said the statement.

“Emirates has capped further sales on its flights out of Heathrow until mid-August to assist Heathrow in its resource ramp-up, and is working to adjust capacity.

“In the meantime, Emirates flights from Heathrow operate as scheduled and ticketed passengers may travel as booked.”