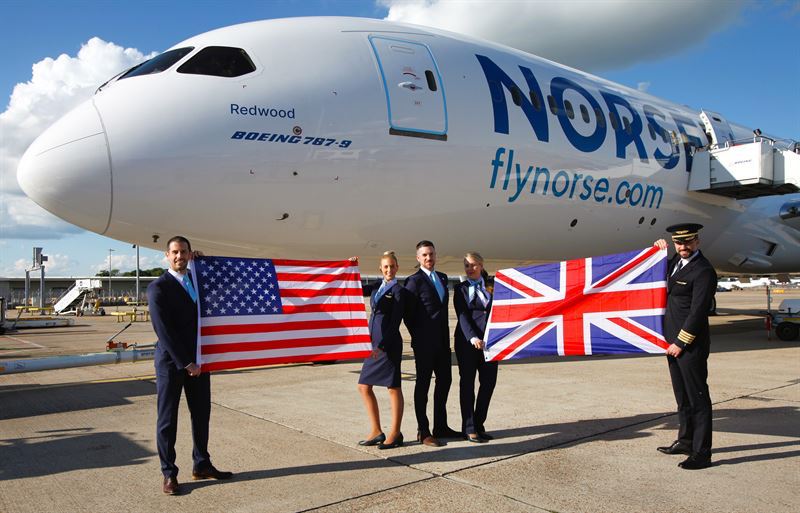 Norse Atlantic Airways has been given approval to start direct flights from the UK by the Civil Aviation Authority.

Norse said it is keen to operate between London Gatwick and a number of US destinations, subject to further regulatory approvals “particularly serving routes that are currently not served by direct flights or lacking sufficient capacity”.

“The United Kingdom will be a vital part of our network going forward and the granting of an AOC and Operating Licence by the UK Civil Aviation Authority to Norse Atlantic will provide further choice and affordable prices to consumers and businesses on both sides of the Atlantic,” said Bjorn Tore Larsen, CEO Norse Atlantic Airways.

“We are proud to be employing local pilots and cabin crew at our London Gatwick base and have established close working relationships with the British pilot union BALPA, the cabin crew union Unite and the American cabin crew union AFA. We look forward to ramping up our operations between London and the US ready for our Summer 2023 schedule.”

The virtual interline agreement, powered by Dohop, will provide over 600 weekly connections to Norse’s transatlantic services at our key international hubs.

It has two fare types – basic Light fares and Plus fares, which include the maximum baggage allowance, two meal services an enhanced airport and onboard experience and increased ticket flexibility.