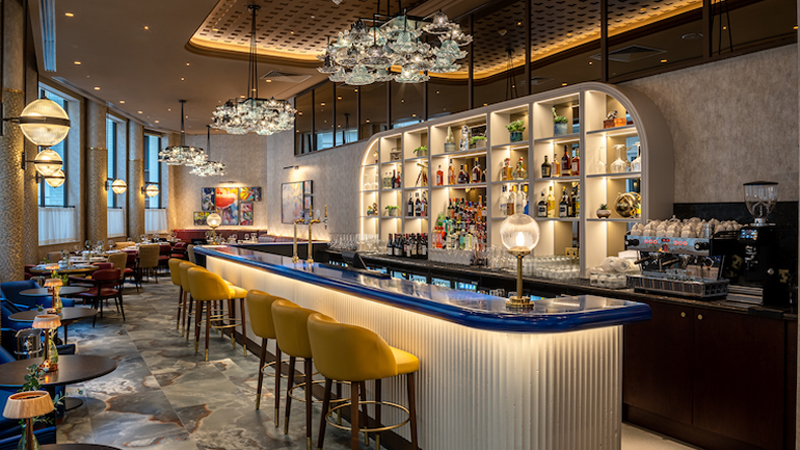 Lost Property, a hotel developed by London based property developers Dominvs Group, has opened this week in London as the latest addition to Curio Collection by Hilton’s growing hotel portfolio of “one-of-a-kind” hotels.  Situated in the City, just 100 metres from St Paul’s Cathedral, the hotel has 145 bright and light bedrooms, a ground-floor bar and restaurant, Found, and a coffee house, Tattle. Nightly room rates start from £170.

BCD Travel has begun servicing Airbus in its four European home markets: France, Germany, Spain and the UK. A dedicated team will service all 110,000 Airbus travellers in the four countries, offering them extended support hours and management of their travel itineraries with alerts and real-time messages through its traveller app, TripSource. BCD already had existing partnerships with Airbus in Canada, China, India, and the US.

EasyJet and Rolls-Royce have signed a “ground-breaking” new partnership, H2ZERO, which they claim will pioneer the development of hydrogen combustion engine technology capable of powering a range of aircraft, including those in the narrow-body market segment. Aseries of engine tests on the ground will begin later this year with a shared ambition to take the technology into the air and demonstrate that hydrogen has the potential to power a range of aircraft from the mid-2030s onwards.

Eurostar is reporting the “robust” return of business travel in the first six months of 2022. It says its latest figures show recovery of business travel between London and Paris has been fastest amongst French and US companies, with the banking, luxury and consultancy sectors driving the business travel market. With 75% of the pre-pandemic timetable now running, Eurostar business travel has returned to 70% of 2019 levels, whilst managed corporate accounts have increased by 40% between 2019 and 2022.