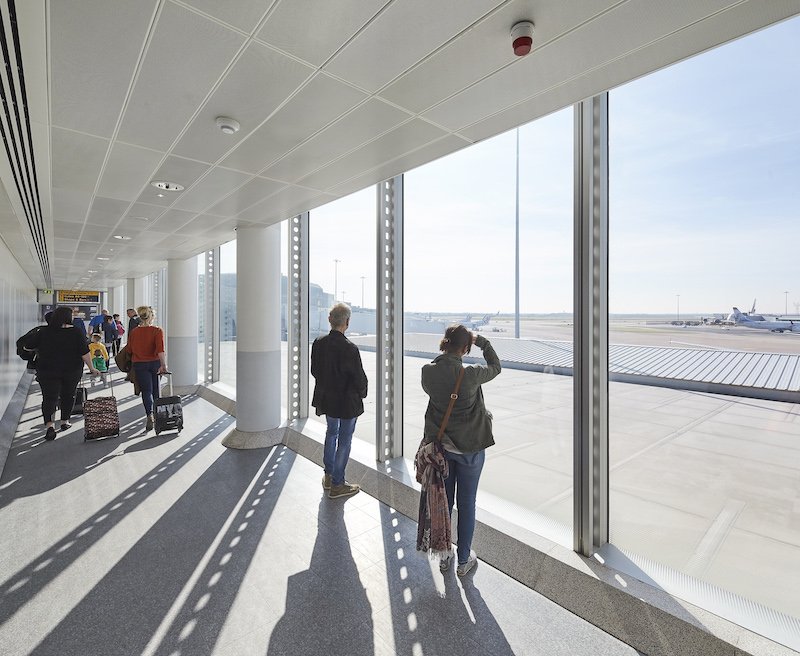 Travel industry leaders have voiced their anger and frustration at the Government for unfairly blaming airlines, airports and travel companies for recent flight delays and cancellations.

After another day of negative headlines and criticism from Ministers, many took to social media to defend the sector.

Sarah Wilson, owner and CEO of Ace Travel Management, posted: “I can’t express how demoralising it is to wake up each morning to news headlines about delays and cancellations.

“After all this time, the industry is just about recovering and the Government sees fit to bash the industry once again. Hey, we did tell you two years of being grounded with no targeted support for this industry wasn’t sustainable – too busy partying I guess!

“How about passengers being paid compensation for delays to security and passport control – if you wait more than an hour the Government compensates you?!!”

She then referred to two recent personal travel experiences which had gone smoothly: “Norwich Airport two days ago empty, Stansted Airport car to bar in 35 minutes two weeks ago.”

Clive Wratten, CEO of the Business Travel Association, posted a big ‘Thank You’ to his colleagues in the industry on LinkedIn and urged for people to #bekind.

“It has been and continues to be a torrid time for our industry as the public, the press and now the government wade into the beleaguered travel industry,” he said.

“The current situation with delays and cancellations is clearly unacceptable and our industry is struggling to cope with the rebuilding of an industry after two years of dormancy. I understand the anger and frustration but nobody has a playbook on how to restart a complete industry after two years of virtual closure. It is clear that mistakes have been made but of course none of these mistakes have been made deliberately.

“Despite the negativity I want to take a moment to say thank you on behalf of the industry to my colleagues on the front line, who care passionately about their customers and our industry. Every day they are turning up for work knowing they will be facing frustration, anger and outright aggression, yet they still turn up and do their best to help.

“Thank you to those TMC staff dealing with the many changes and cancellations, to retail travel staff doing their utmost to help upset clients get a holiday. Thank you to the flight deck and cabin crew for getting as many people away as they possible can, thank you to the check in staff facing horrible queues and angry faces, thank you to the security staff at airports trying to process passengers as quickly a possible and ensuring their safety.

“Thank you to the Border Force teams for doing their best to get people back into the country quicker and thank you to the baggage handlers for working so hard to reunite bags and their owners as quickly as possible.

“Without all of you and the many more roles I haven’t mentioned giving your best every day we would be in a much worse position. The industry will recover from this if we all work as one, there are more hurdles ahead and we have to accept that the current situation is simply unacceptable and ensure lessons are learned so the mistakes are not repeated.”

“When the morning starts with Minister for the Arts finger pointing at the Outbound Travel industry, you know the news agenda can only go one way,” she posted on LinkedIn.

“No excuses. No finger pointing [other than from the Arts Minister] just plain facts. A global industry shutdown for two years, given weeks to restart, furlough ­­­– alone was never going to ‘save’ the industry, years of lobbying crying for sector support and boom!

“If there is anything I have learnt over the last couple of years, is that in these circumstances, we need to stand up for our sector and face the music, not bury our heads. But when ministers come out with such an ill-educated blame or lack of understanding about the state of our industry post Covid – throwing the industry under the bus essentially – it’s natural to be angry and defensive.”

Tim Alderslade, Chief Executive at Airlines UK, added: “We are still emerging from the worst crisis in the history of aviation. Airlines were grounded for almost two years as a result of one of the most restrictive travel regimes in the world, and with this in mind the sector has had only a matter of weeks to recover and prepare for one of the busiest summers we’ve seen in many years.

“Despite this, and without the ability to know when restrictions would be completely removed or predict how much flying would be possible over the summer, the vast majority of the many tens of thousands of UK-departing flights a week will be operating as scheduled.”

ABTA Chief Executive Mark Tanzer said the Government’s comments this week are “deeply frustrating and do not correlate with the events of the last two years”.

“The lack of recognition from Government that it was only March this year when all UK travel restrictions had been lifted, despite furlough being reduced from July 2021 and then removed altogether in September, is particularly disappointing.”