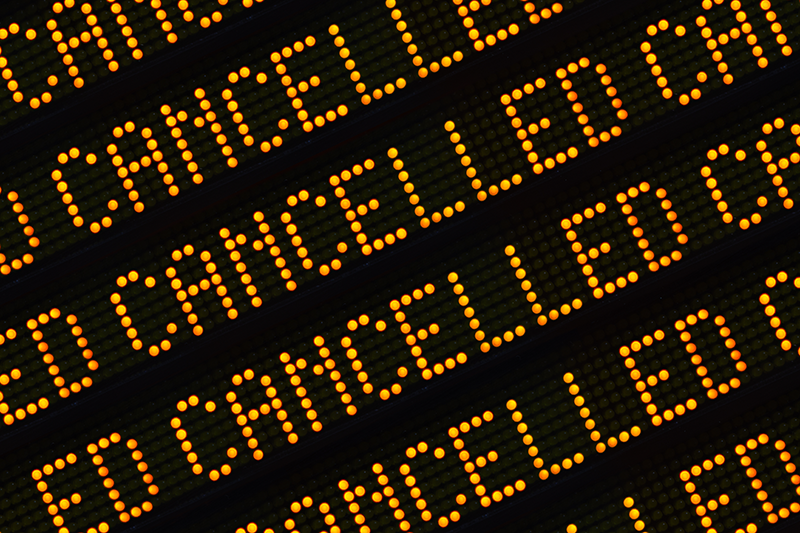 Strikes by airport border force, UK rail workers, Eurostar security staff and ground handlers at Heathrow are set to cause major disruption for the business travel sector over the coming weeks.

In the latest industrial action to hit UK travel, border force staff at Heathrow, Gatwick, Manchester, Birmingham, Cardiff and Glasgow airports will walk out on December 23-26 and 28-31.

The strikes were confirmed today by members of the PCS union, who represent about 75% of passport control staff.

The walk-outs are being met with anger and frustration from the industry, particularly from travel management companies having to deal with the fall-out.

“The inconvenience, uncertainty and lack of Christmas spirit caused by cumulative strikes has slammed the brakes on business travel. It’s imperative that unions, Government and business sit around the table to find a solution for 2023,” said BTA CEO Clive Wratten.

“This is another blow for TMCs who were just starting to enjoy a post-pandemic recovery. Once more they’re being forced to process cancellations without recompense due to circumstances outside of their control. This is an untenable situation which cannot be allowed to continue.”

At Heathrow, passengers flying with 10 airlines are being warned of delays and potential cancellations next week when ground handlers employed by Menzies take further strike action in a pay dispute.

A Heathrow spokesperson insisted that “most passengers” at the airport will not notice any impact on their journey if the strike goes ahead, pointing out that British Airways and Virgin Atlantic flights won’t be affected.

“In the meantime we encourage airport partners who would be affected to continue with their contingency planning and we will support them to minimise the impact on their passengers,” he said.

More than 100 security staff on Eurostar trains are also to go on strike on December 16, 18, 22 and 23 in a dispute over pay, severely affecting services.

Meanwhile, UK rail passengers are being warned to only travel next week if it is absolutely necessary, even if strikes are called off at the last minute.

Workers at the UK’s biggest rail union, the RMT, will walk out on December 13-14 and 16-17 as part of a long-running dispute between unions, operators and Network Rail over pay, jobs and working conditions.

Further industrial action has been confirmed over the Christmas period, from 6pm on Christmas Eve until 7am on December 27.

Network Rail said next week 50% of the railways will be shut down on strike days, regardless of whether the walkouts go ahead.

Julia Lo Bue-Said, CEO of The Advantage Travel Partnership, said: “These newly-announced strikes, the ongoing rail strikes and the general disruption to services across the UK is going to cause chaos for those travelling over Christmas.

“This latest round of strikes could mean the return of travel chaos we saw when Covid restrictions were lifted and there weren’t enough staff to cope with demand for international travel.

“Unions are clearly trying to do what’s best for their members, but in the meantime hardworking people are trying to go about their daily lives, whether that’s for business or personal reasons, and facing no end of disruption. We urge the government to work with unions to get these issues resolved as soon as possible.”

UKHospitality Chief Executive, Kate Nicholls, said the strikes will be hugely damaging for hospitality businesses, their workers and their customers.

“Our estimate of the cost of these strikes already stood at £1.5 billion in lost sales and it’s incredibly frustrating that a solution has yet to be reached to avoid this disruption during the golden month of trade for our sector,” she said.

“We’re continuing to urge all parties involved in the negotiations to reach a solution imminently to avoid these harmful strikes.”