NewsPaperThe multi-award-winning publication written and produced for bookers, buyers, arrangers and managers of business travel and meetings
More
The Knowledge

How to…manage an extreme weather event

Hurricane season in the Caribbean is always a cause for concern. But in 2017, mega-cyclones Irma, Jose and Maria were exceptionally fierce. Travel management company Business Travel Direct had one client with travellers across the region. 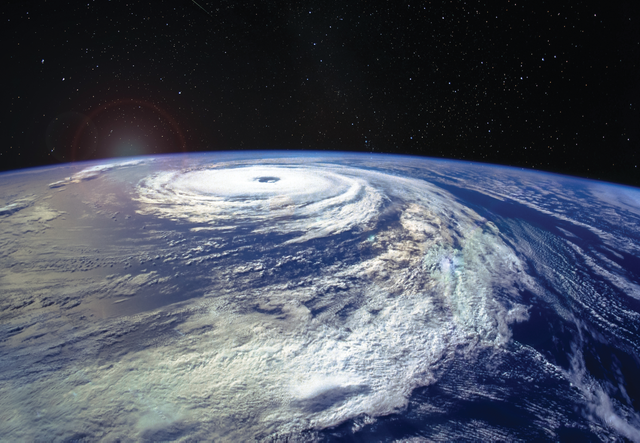 The 2017 Atlantic Hurricane season was unprecedented. It consisted of 17 named storms including 10 hurricanes, with three of these – Irma, Jose and Maria – rating among the biggest in recorded history for the region. The three storms alone are estimated to have been responsible for a staggering 99% of the $282billion damage caused that year.

In all, more than 3,300 people were killed. Early forecasts from meteorologists had been for an average year of storms, although this changed to a ‘slightly raised’ risk by the start of August. One of Business Travel Direct’s clients – a large hospitality business – had 46 employees spread across the Caribbean when Hurricane Irma, a category 5 storm, was identified on August 30.

“The weather is historically turbulent in the Caribbean in August and September so we always consider the potential risk our travellers could face during this time,” explains Business Travel Direct Operations Manager, Mark Roberts. “But Irma, and then Maria which followed two weeks later, escalated really quickly.”

Business Travel Direct received risk alerts from the Met Office in mid-August and began its crisis planning. “It required some quick thinking to make sure we had access to the latest news and used the time efficiently to successfully evacuate everyone,” says Roberts.

“We held a number of team briefings and determined a course of action for the travellers in the affected areas. The operations team we assigned consisted of our most experienced staff. They had 53 years of expertise between them.

”With Irma bringing winds of 190mph much of the Caribbean was in lockdown, with multiple airport closures, travel disruption and loss of power.

“Beginning the evacuation process was impossible because airports had closed and most local boat travel to and from islands barely made it out. Hurricane Maria severely hindered recovery efforts for everyone and every day the situation seemed to change.”

Business Travel Direct’s security and duty of care tool SMARTtrack, powered by SAP Concur, enables the creation of a single database of booked travel, with a filter to search for specific travellers, clients, flights, locations or risk profile. SMS and email alerts were sent to all the client’s travellers in the region, and Business Travel Direct reported back to stakeholders with a list of detailed traveller information and itineraries.

Having identified clients’ whereabouts and safety, Business Travel Direct’s operations team worked in shifts to provide an out-of-hours service. To keep up with the situation on the ground, it combined updates from the media, travel providers, local suppliers and tourist boards. Many islands lost internet services so all communication was by phone, where possible. Getting travellers out was the issue.

A number had restrictive visas; others couldn’t make it to airports even when seats on flights were secured. This created an additional burden of getting cancellation fees waived and refunds on flights. “The team worked closely with airlines to source alternative routes and secure last-minute seats, leveraging some industry partnerships to give travellers the best option,” says Roberts.

Over a 30-day period Business Travel Direct safely repatriated 46 travellers. Moreover, the operations team managed to get £9,432 of cancellation fees waived as a result of travellers missing their flights and obtained refunds totalling £7,622.

How to…cut your travel carbon footprint

As part of a new Responsible Business Charter, National Grid has set ambitious goals to reduce its travel carbon footprint through reduction and offsetting
The Knowledge

How to… instil travel confidence

Oil Spill Response Limited is an international industry-funded cooperative which responds to oil spills around the world. It has 12 global locations and employs around 270 people, 150 travelling regularly.
The Knowledge

When the PGA European Tour was given permission to resume golf tournaments last July, in the midst of the global pandemic, it had to put an effective and workable testing regime in place.
The Knowledge

How to…reimagine your business travel

The Knowledge: How to reimagine business travel with Willis Towers Watson