NewsPaperThe multi-award-winning publication written and produced for bookers, buyers, arrangers and managers of business travel and meetings
More
The Knowledge

When the PGA European Tour was given permission to resume golf tournaments last July, in the midst of the global pandemic, it had to put an effective and workable testing regime in place. 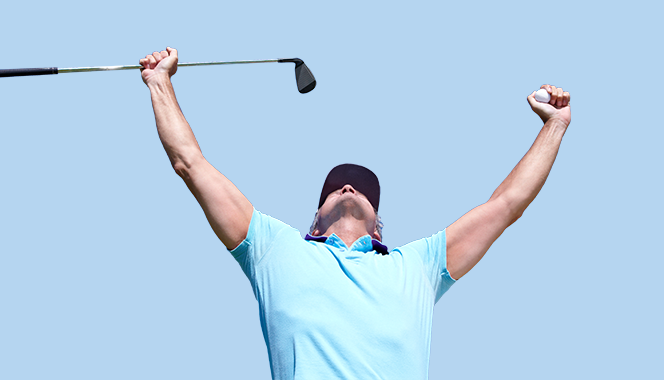 The European Tour is an organisation which operates professional golf tours worldwide and this year will be responsible for getting more than 500 people, including the world’s top golfers, their caddie and support staff, TV crews and tour staff to and from 42 tournaments in 24 countries on a weekly basis. While the majority are from the UK, the tour has members from 30 countries. To ensure Covid safety, last summer it set up a stringent testing programme, initially to meet its own duty of care requirements and then to meet national and regional testing rules.

The first step was to scale back the number of tournament attendees, limiting it to essential personnel only. Championship Director Mark Casey and Chief Medical Officer Dr Andrew Murray were put in charge of testing and now have eight dedicated Covid officers responsible for liaising with local and national health authorities and reviewing testing protocols, which can change on a weekly or even daily basis. “Most of these were re-purposed but some were also recruited from outside – mainly experienced project managers. It’s a new role but it requires skills similar to those required of a project manager: you need to be able to adapt quickly and think on your feet,” says Casey.

Cignpost, a company which had previously worked with the European Tour on skin health screening, was selected as a testing partner. “It already had a strong relationship with our medical team,” Casey adds.

Together, they held a trial event in the UK in June to develop testing protocols. Since then controls have changed so protocols have had to adapt. They also depend on the destination. For the Austrian Open in April, for example, players had to take a negative PCR test within 72 hours of travelling to the tournament, test again to enter the tournament bubble, and take a lateral flow test every two days. They then had to take another PCR test before travelling onwards to the next event in Gran Canaria.

At each event, Cignpost sets up a mobile testing centre, bringing in its own project managers, scientists to operate the equipment and swabbers.

“The most important requirement from our testing partner is to know we can turn around a test rapidly and accurately. So if an individual has symptoms at 07.00 we can get a test result quickly and tell them if they can compete or not. Our biggest fear is false positives, but with the protocols we have in place we can test and test again in a controlled environment.”

“We initially thought it was going to be a three-month challenge but I now expect my dedicated testing team to remain in place for the forseeable future, although perhaps the rules might change a little,” says Casey.

“We haven’t got everything right.” Fast-changing requirements have been the biggest issue, and communicating these effectively. The key, he says, is to have trusted testing partners and to work closely, at an early stage, with the local health services, sporting bodies and governments to keep on top of regulations.

“We have carried out 30,000 tests since last July, with no outbreak and only a handful of positive results on site. Our pre-event protocols have meant we’ve prevented a number of people travelling to events -it’s important that they don’t enter the tournament bubble,” says Casey.  Around £3 million has been spent on testing to date. “It’s a sizeable investment but a worthwhile one, which has allowed us to continue to play golf and meet the requirements of our sponsors and our broadcasters around the world.”

How to...implement carbon offsetting. As part of a drive towards sustainability, NES Fircroft turned to its TMC partner ATPI to set up a scheme to offset its business travel.
The Knowledge

How to…cut your travel carbon footprint

As part of a new Responsible Business Charter, National Grid has set ambitious goals to reduce its travel carbon footprint through reduction and offsetting
The Knowledge

How to… instil travel confidence

Oil Spill Response Limited is an international industry-funded cooperative which responds to oil spills around the world. It has 12 global locations and employs around 270 people, 150 travelling regularly.
The Knowledge

How to…reimagine your business travel

The Knowledge: How to reimagine business travel with Willis Towers Watson