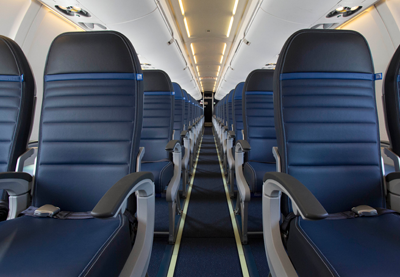 United Airlines has confirmed an order for 100 Boeing 787 Dreamliners, with options to purchase 100 more – the largest widebody order by a US carrier in commercial aviation history.

It expects to take delivery of the new planes between 2024 and 2032 and can choose from any of the 787-8, 9 or 10 models, giving it flexibility to support a wide range of routes.

Around 100 planes of the new widebody order are expected to replace older Boeing 767s and Boeing 777s, with all 767 aircraft removed from the fleet by 2030.

This is expected to bring a 25% reduction in carbon emissions per seat for the new planes compared to the older planes they are expected to replace.

Meanwhile, United is continuing to upgrade the interiors of its existing fleet. More than 90% of the its international widebodies now feature the United Polaris business class seat, as well as United Premium Plus seating.

Remaining aircraft interiors will be upgraded by the summer of 2023. United also will retrofit 100% of its mainline, narrow-body planes with its signature interior – about 100 aircraft are scheduled to be completed in 2023 with the remaining expected to be completed by the end of 2025.