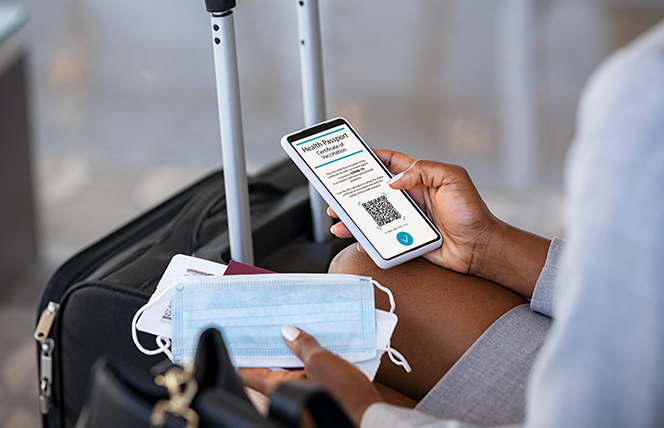 Security experts are warning business travellers of long queues and delays at border controls when vaccination passports and certificates are introduced, particularly with the likelihood of widespread counterfeits.

He believes there is an urgent need for standardisation along with the introduction of sophisticated anti-fraud measures in the design and manufacturing of the passports.

Moving away from paper documents would also make counterfeiting more difficult, he added.

“If vaccination passports are to be the key to accessing so many aspects of life when they reopen, then there is a very strong motivation for millions of people to acquire a fake passport when they haven’t yet had their jabs, either by choice or lack of opportunity,” said Schrader.

Reports are already emerging of fake Covid vaccination cards sold for £5 on TikTok, while thousands of people have been trying to obtain forgeries in Israel where their ‘Green Pass’ is already being used to access gyms and venues.

A rapidly growing number of templates for fake documents are being offered on the dark web.

“With so many people wanting them, market forces will make many forgeries of good and bad quality readily available very soon,” Schrader explained.

“What will make this easier for the criminals and more confusing and difficult for everyone responsible for verifying people’s documents is that there are far too many proposed different certificates, many of them paper or card, and no imminent signs of consolidation.

“Whatever happens, if or when they are introduced all business travellers are set to experience considerable extra delays as there will be long queues when they are being checked; and even longer queues if there are different designs and fake documents in circulation.”