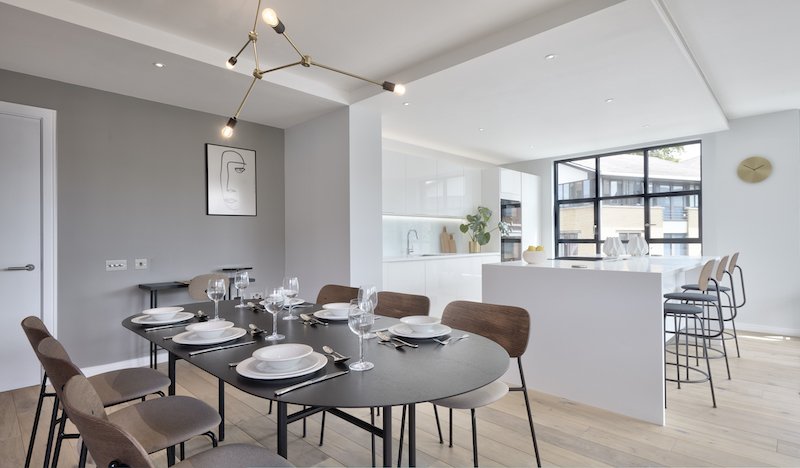 STAY has launched a collaboration with Wild Radish to allows residents to cook their own meals. Cupboards are fully equipped with all items required to cook, prepare, and serve home-made meals, including cookware such as pots, pans and roasting trays. Guests of STAY will receive complimentary macaroons when ordering individual boxes or complimentary champagne if they sign up for a subscription.

Edyn has announced the acquisition and redevelopment of Hotel Ascot in Zurich, which will become the latest expression of its lifestyle brand, Locke. The new development, due to open in Summer 2023, will be the company’s first in Switzerland. The six-floor, 3,700m2 property located in the Enge neighbourhood will be converted into 80 rooms, in a mix of studio and one-bed suites, alongside amenities including a restaurant, bar, and coffee shop.

AEGEAN has introduced high-speed inflight broadband, powered by the European Aviation Network (EAN). The connectivity solution, provided byInmarsat and Deutsche Telekom, will be installed on all existing and new AEGEAN Airbus A320 and A321 aircraft by 2025, with the first seven already in service.

Event venue specialist etc.venues is reporting a rise in the number of planners switching larger events from virtual to live.  Based on itslatest figures,23% of planners said in December they will go back to live-only events in 2022 but this is likely to be closer to 60% following the recent sustained increase in demand, said Adam Simpson, Director of Marketing.

Virgin Hotels has appointed a team to lead its upcoming European launches. The first two properties outside the US, Virgin Hotels Edinburgh will open this spring followed shortly by Virgin Hotels Glasgow in the summer. Following the recent announcement of Bryan Davern as Vice President of Operations for Europe, the senior team has been bolstered by largely Scottish talent. The senior team is set to pave the way for the appointment of a further 400 staff in the coming year, with a focus on the employment of local talent.