Military and volunteers on standby for Border Force strikes 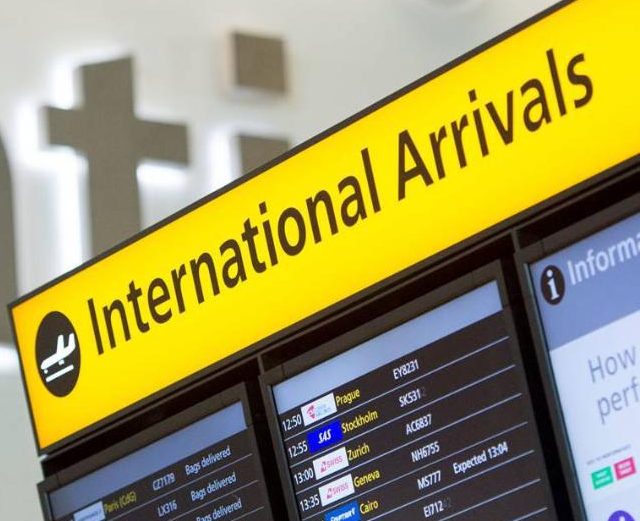 Heathrow is insisting the “vast majority” of arrivals at the airport should be unaffected by strikes by border force staff over the Christmas period but the UK Government is gearing up to deal with disruption.

More than a week of industrial action is planned from December 23 at Heathrow Terminals 2,3,4 and five other airports – Birmingham, Cardiff, Gatwick, Glasgow and Manchester – plus the port of Newhaven.

The Government said military personnel, civil servants and volunteers from across government are being trained to provide support at airports and ports in the event of strike action.

“Border Force are ready to deploy resource to meet critical demand and support flow travellers through the border, however those entering the UK should be prepared for potential disruption,” it said.

“Border Force and the travel industry work together very closely at a local and national level to agree plans for pressures while keeping the public safe.”

It encouraged passengers to use eGates when eligible.

“Please respect staff as we try and get you through the border as quickly and safely as possible. All forms of abuse and any inappropriate behaviour will be reported to the UK police,” it added.

It also advised passengers to check airport websites before travelling to stay up to date with the latest information.

A statement from Heathrow said: “The vast majority of travellers will be unaffected by Border Force strikes.

“We are doing everything we can to protect a full flight schedule on strike days, so departing passengers should expect to travel as normal.

“Arriving passengers with UK, EU, US, Canadian and some other passports will be able to use e-gates as usual and their journeys should be largely unaffected on strike days.

“Border Force has contingency measures to ensure other arriving passengers are cleared safely and as quickly as possible. We are continuing to support them to strengthen these plans so that as few people are impacted as possible.

“If passengers who cannot use e-gates are concerned about travelling during the strikes, their airline may be able to offer them alternative travel dates.”

Chief Executive John Holland-Kaye said there would be extra airport staff in the terminals on the busiest days “including me and my management team”.