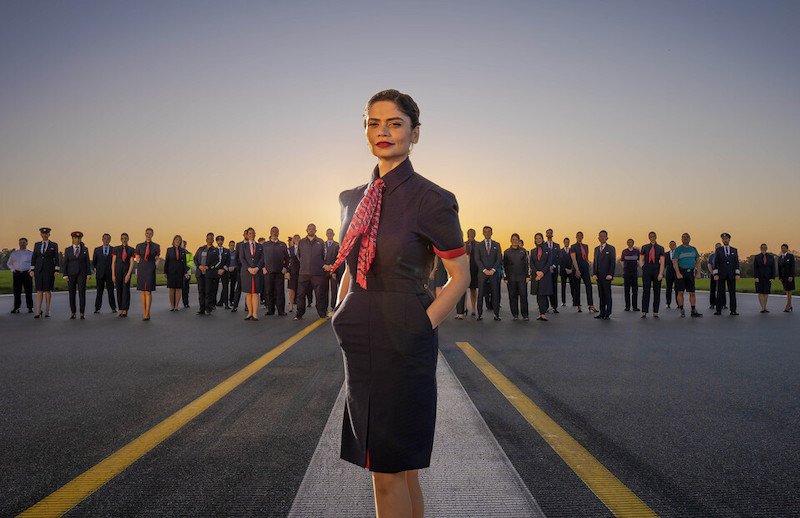 It’s the first time the airline has refreshed its uniform in nearly 20 years.

The uniform was designed with the input from more than 1,500 BA staff and after Boateng spent time shadowing crew.

It was tested in secret trials in the air and on the ground over the last four years.

Options include a tailored three-piece suit for men with regular and slim-fit style trousers and dress, skirt and trouser options for women, as well as a modern jumpsuit – an airline first – and a tunic and hijab.

Sean Doyle, BA Chairman and CEO, said: “Our uniform is an iconic representation of our brand, something that will carry us into our future, representing the very best of modern Britain and helping us deliver a great British original service for our customers.

“From the very start this has been about our people. We wanted to create a uniform collection that our people are proud to wear and with the help of over 1,500 colleagues, we are confident that we have delivered this.”

Last year, Virgin Atlantic updated its uniform policy, scrapping rules relating to gendered uniforms and allowing its cabin crew and front line staff to wear the clothing that “expresses how they identify or present themselves”.