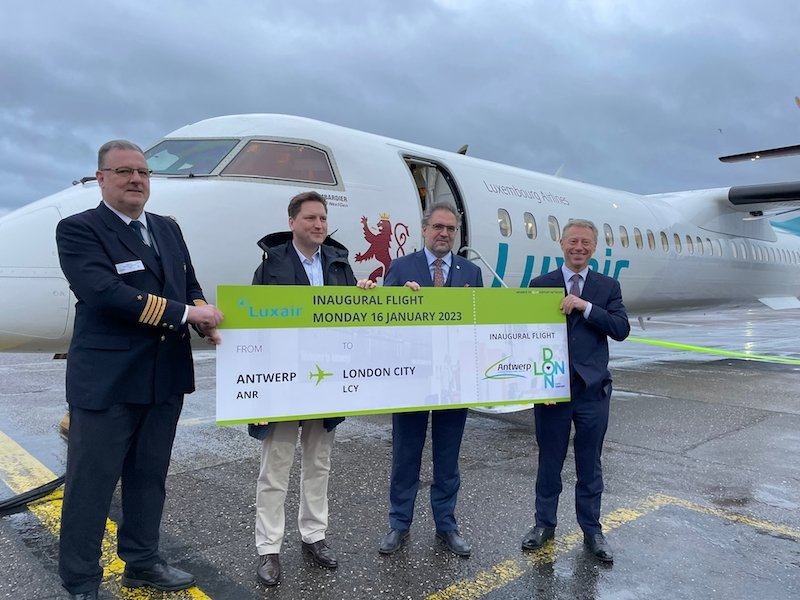 London City has regained a service to Antwerp thanks to the launch of flights this week by Luxair, the national airline of the Grand Duchy of Luxembourg.

The route, which takes one hour, will initially operate four times a week – Monday, Tuesday, Thursday and Friday – but will increase to five from April with the addition of Wednesday.

It is the only service from the UK to the Belgian city and is Luxair’s first route that isn’t to or from Luxembourg.

With a London City departure time of 6.40am, business travellers could be at a meeting in Antwerp by 10am.

Luxair will use a 78-seat De Havilland Dash DHC-8-Q400 on the route, with an economy and business class, with fares starting at £45 one way.

Anne Doyere, London City Airport’s Director of Aviation, said: “We have long coveted restarting the Antwerp route and I am delighted that Luxair sees its potential, not least because it will be the only direct connection between these two dynamic, culturally rich, European cities.

“The pandemic eroded some of London’s direct connections to European cities and we believe restarting them will not only be good for passengers, but for business and the economy too.”

The launch comes as London City prepares to unveil an upgraded departure area with more restaurants, seating and retail outlets, plus the installation of the latest security scanners on all lanes by April.

These lanes mean it will no longer be necessary for passengers to remove liquids and laptops from their bags at security, speeding up the process.

London City will be the first airport in the capital to have the new scanners on all of its lanes.